The election campaign will start on September 5, and on October 25 local elections will be held in most territory of Ukraine. And we are reviving the Election Detector project in which we promptly analyze important events, trends and narratives related to the election in the media. The nationwide media scene is in the focus of the Election Detector.

Pre-election PR in the media has not yet worked at full capacity in the last week of summer. The most common coverage opportunities for mentioning political forces are their congresses – with the potentially most resonant congress of the People’s Servant still ahead.

On August 27, 1+1 made a PR material about the congress of the For the Future party at the Spivoche Pole in Kyiv. It was especially emphasized that the party members complied with quarantine measures. “A party of new faces founded on the idea of economic pragmatism”, this is how Ihor Palytsia – who hardly can be called a new face in politics and oligarchic business – described the For the Future party. However, this does not prevent Palytsia from explaining why it is no longer necessary to vote “for the old ones.” Among the ideas promoted by For the Future party are “equal rights for speakers of all languages”, “economic patriotism”, the rejection of the Minsk negotiations and a referendum on the fate of the occupied territories.

The Independence Day was used for self-promotion by some political forces, but some media outlets overblew scandals connected to contrasting the veterans’ march (and the conflict among its organizers) and the festive concert organized by the authorities.

The allegations of copyright infringement against the President’s Office did not become widespread and did not cause a stir in the nationwide media, remaining mainly a topic of feverishness on social networks. After captions were added to the video of the concert, the incident was virtually over. The conflict between veterans’ movement activists and European Solidarity party was also not very resonant and remained a “niche” event.

Another topic that is being aggressively promoted in the media is the holding of elections in the united territorial communities of Luhansk and Donetsk regions which are close to the front line. The authorities decided to keep the military-civil administrations in these territories, i.e. in fact a direct government-presidential ruling instead of local self-government.

Although the election campaign officially starts in just a week, election participants are already using manipulative and simply fictitious sociological surveys. The dubious Inter-Action center, which allegedly conducted a poll and found that Kyiv mayoral candidate Andriy Palchevsky had practically caught up with electoral leader Vitaliy Klychko, announced this, in fact, for the third time. For the first time it happened in March and for the second time in May. Although in early August, a real poll gave Klychko 41% of the votes, and Palchevsky 9%.

In the Stop Revenge program on Channel 5, Lviv Mayor Andriy Sadovyi was accused of banning Ukrainian national symbols in schools. In fact, they told about ministerial orders which were several years old. The editor-in-chief of Channel 5 explained that the Stop Revenge program is produced by a third-party company called Eurasia Media, and therefore is not a product of the channel. That did not prevent the editorial office from posting this manipulative news from the program on the channel’s website. Andriy Sadovyi’s competitor in the election of the head of the Lviv united territorial community is Oleh Syniutka, a member of parliament from European Solidarity.

Most political talk shows have not yet returned from vacations, and judging from those that have, it is possible to suggest that both the Opposition Platform – For Life and European Solidarity intend to increase the level of conflict and unbalanced criticism of opponents during the election campaign in the media under their control. The episode of the Ukrainian Format talk show broadcast on the NewsOne channel on August 26, 2020 was not even posted on YouTube – it turned out to be too scandalous even for the Opposition Platform – For Life channels. In particular, politician Yuriy Bublyk, who criticized the hosts for promoting the interests of the channel’s informal owner Viktor Medvedchuk, was expelled from the studio. 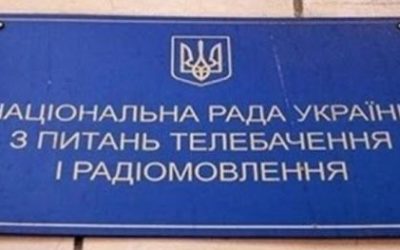 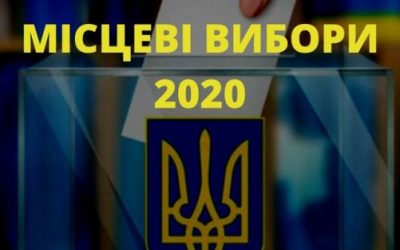 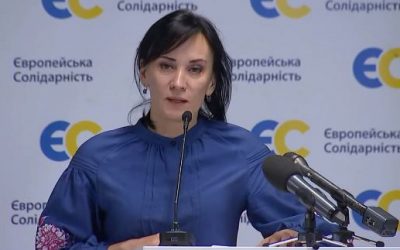